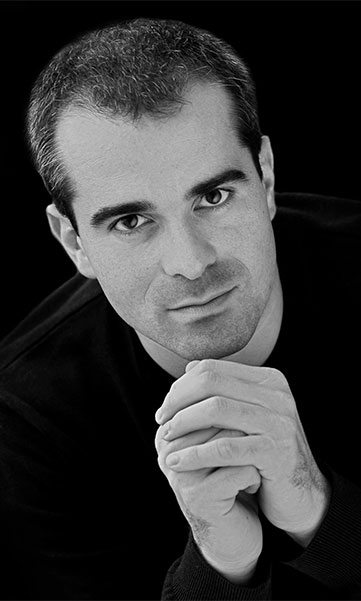 Alberto Nosè approaches the study of the piano at the age of six and obtains his first international recognition at the age of eleven, winning the First Prize at the Jugend für Mozart competition in Salzburg, thanks to which he made his first tour throughout Europe.

Thanks to these affirmations, for more than twenty years his ever growing artistic career has led him to perform in Europe and all over the world, for important festivals and in prestigious concert halls, including: Carnegie Hall in New York, Royal Festival Hall, Queen Elisabeth Hall and Wigmore Hall in London, Konzerthaus in Berlin, Théâtre du Châtelet and Salle Pleyel in Paris, Mozarteum in Salzburg, Beethoven Fest in Bonn, Liederhalle in Stuttgart, Summer Festival in Lucerne, Teatro Monumental and Auditorio in Madrid, Megaron in Athens, Finland Hall in Helsinki, Benaroya Hall in Seattle, Suntory Hall in Tokyo, Cervantino International Festival in Mexico City, Teatro La Fenice in Venice, Sala Verdi in Milan, Auditorium Parco della Musica in Rome.

As a chamber musician he collaborated with the cellist Rocco Filippini, the Quartetto Ysaÿe, the Quartet of Venice and in 2014 he founded the Amadeus Piano Duo with the pianist Valentina Fornari, with whom he recorded a CD dedicated to Schubert, Gouvy, Ravel and Kapustin.

In 2006 he released a CD with music by Schumann and Prokofiev for Harmonia Mundi, which received the La Clef ResMusica.com and Coup de coeur Fnac awards.
In 2008 he released a DVD dedicated to Mozart and Beethoven for Domovideo, made on the occasion of Mozart’s 250th anniversary in 2006, and also broadcast by the digital satellite channel SKY Classica.
In the same year he released a CD for Naxos with the Six Sonatas op.17 by Johann Christian Bach, performed as a world premiere on the modern piano, which received the “CHOC du Monde de la Musique” and “4 Diapason Superbe” awards and broadcast in all. the world, from Radio France, BBC 3, Radio 4 Netherland, Radio New Zealand, ABC Classic FM USA and Australia.

In 2009, the Rotary Foundation of Rotary International awarded him the title of Paul Harris Fellow (PHF) for his career.

In 2019 he founded and directs the record label Amadeus Sound Project with which he has released three CDs to date, both as a performer and as a sound engineer and producer.
The recording and publication of the complete works for piano by F. Chopin is in preparation for the same label.

He also carries out an intense teaching activity of international masterclasses and is regularly invited as a juror in important national and international piano competitions.

He’s Piano Professor at the Amadeus Academy in Valeggio sul Mincio (VR) since 2014. 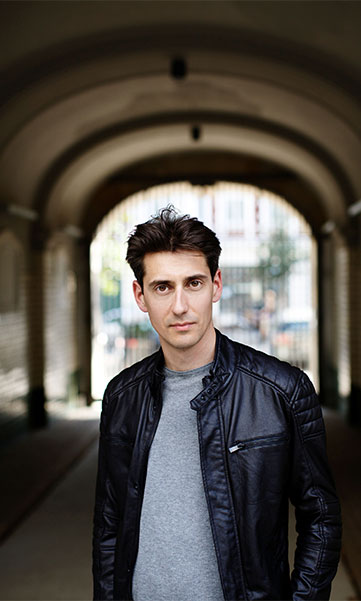 Evgeny Sudbin has been hailed by The Telegraph as ‘potentially one of the greatest pianists of the 21st century’. In the midst of a 7-year and 14-album collaboration with BIS Records, all of Evgeny’s recordings have met with critical acclaim and are regularly featured as CD of the Month by BBC Music Magazine or Editor’s Choice by Gramophone. His Scriabin recording was awarded CD of the Year by The Telegraph and received the MIDEM Classical Award for Best Solo Instrument Recording at Cannes. It was described by Gramophone as ‘a disc in a million’ while the International Record Review stated that Evgeny’s Rachmaninov recording ‘confirms him as one of the most important pianistic talents of our time’. 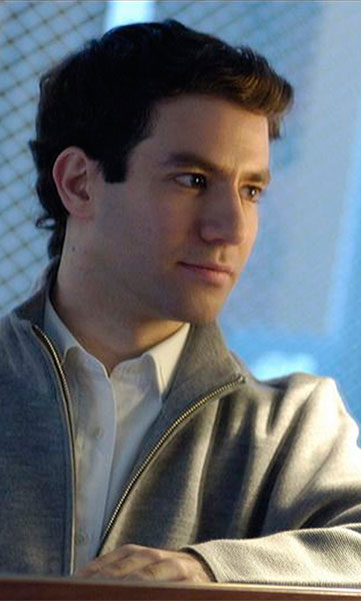 The Israeli pianist Iddo Bar-Shai was born in 1977 in Nazareth Illit. He studied with Bracha Ornan-Margalit in Haifa and with Prof. Pnina Salzman in the piano department at the Rubin Music Academy in Tel-Aviv University, also receiving guidance from Maestro Alexis Weissenberg. At early stages he attracted attention for his playing and already at the age of 11 he was a recipient of the America – Israel Cultural Foundation scholarships.

Since then his career has taken on an international dimension: he has performed on important stages such as the Wigmore Hall (London), the Mann Auditorium (Tel Aviv), the Theatre des Champs Elysees (Paris), the Tokyo Opera City Hall, The Beijing Zhongshan Concert Hall and others in various countries among which are many European countries, Israel, The USA, Japan, The People’s Republic of China and Brazil.

He first performed as a soloist with an orchestra at the age of twelve, and has subsequently played under the batons of Lawrence Foster, Aldo Ceccato, Jesus Lopez-Cobos, Horia Andreescu among others with prominent orchestras in Europe a nd Israel such as the English Chamber Orchestra, the Israel Philharmonic Orchestra, the Jerusalem Symphony – IBA, the Orchestre de Chambre de Paris and others.

Iddo Bar-Shai is keen to enjoy all the varied possibilities offered by his instrument, and regularly performs chamber music with such ensembles as the Ysaÿe Quartet, the Aviv Quartet, the Ebène Quartet, the Modigliani Quartet and the American String Quartet. 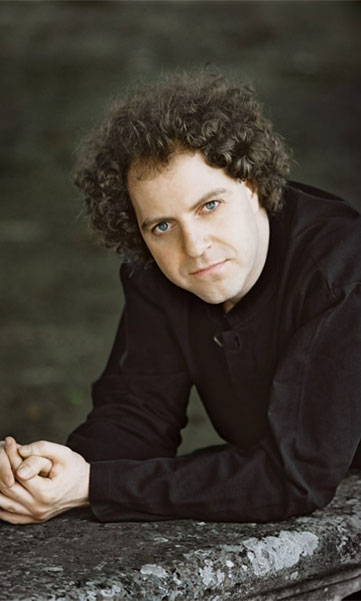 In his native France and around the world, audiences are moved by the sensitivity of the playing of this artist who “makes the piano sing so wonderfully” (La Lettre du Musicien). Nicolas Stavy performs in prestigious international contexts such as the Festival de la Roque d’Anthéron, the Festival Piano aux Jacobins, the Chopin festivals at Nohant and Bagatelle, the Festival de l’Orangerie de Sceaux, the Piano(s) Festival of Lille, the Festival Berlioz, the Musée d’Orsay, the Salle Pleyel, the EuroArt Praha Festival, the International Granada “Fex” Festival, the Klavier-Festival Ruhr, Casals Hall (Tokyo), ), the Romanian Athenaeum (Bucharest), Victoria Hall (Geneva), the Hong Kong Academy for Performing Arts, 92nd Street Y (New York), etc. He has performed with major orchestras such as the Suisse Romande Orchestra, the Utah Symphony, the Sinfonietta de Lausanne, the Bucharest Philharmonic, the Orchestre National de Lille, the Orchestre de la Garde Républicaine, etc.

Ever avid for discovery, Nicolas Stavy performs chamber music with such colleagues as Patrick Messina, Tatiana Vassilieva, Daniel Hope, Cédric Tiberghien, Tedi Papavrami, Karine Deshayes, the Quatuor Ebène, the Quatuor Voce, etc. He alternated with Mikhail Rudy performing for the stage play “The Pianist” (after the book by Wladyslaw Szpilman), featuring actor Robin Renucci. He has also participated in other projects with well-known actors, including Didier Sandre, Brigitte Fossey and Eric-Emmanuel Schmidt.

After studies with Gérard Frémy and Christian Ivaldi at the Conservatoire National Supérieure de Musique in Paris, where he won 1st prizes for Piano and Chamber Music, Nicolas Stavy went on to study with Dominique Merlet at the Geneva Conservatoire (where he was awarded a 1st prize with distinction) and participated in master classes with György Sebök. He has also received guidance from Alfred Brendel. He is a prizewinner of several international competitions: the Special Prize at the Chopin Competition in Warsaw in 2000, 2nd Prize in the Geneva International Competition in 2001, 4th Prize in the Gina Bachauer Competition in the U.S. in 2002, 2nd Prize in the Young Concert Artists competition in New York in 2003, etc.

His two recent CDs published by Hortus, dedicated to Brahms and Liszt, were both greeted with an FFFF rating by France’s Télérama magazine. The Liszt CD was also rated **** by Classica magazine. This year, 2015, sees the release of two new discs: the Concertos for left hand by Britten and Korngold, with the Orchestre Nationale de Lille, conducted by Paul Polivnick (Hortus) and Boris Tishchenko’s Sonatas nos. 7 and 8, under the Bis label.