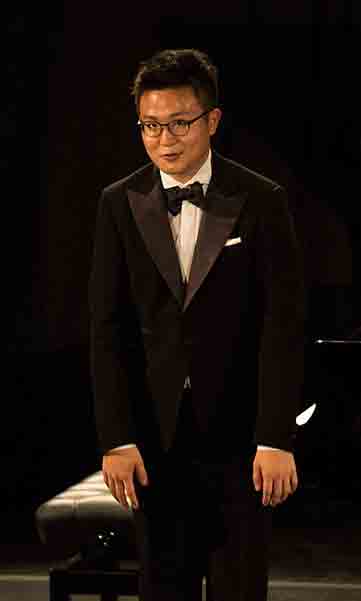 In the past, Sunwoo’s recital appearances have included performances at the Weill Recital Hall at Carnegie Hall, the Hamarikyu Asahi Hall in Tokyo, Wigmore Hall in London, Radio France and the Salle Cortot in Paris and the Kumho Art Hall in Seoul. He has been featured on WQXR’s McGraw-Hill Young Artists Showcase and given numerous recitals throughout Germany, Switzerland, Prague and Morocco. Sunwoo’s wide chamber music experience includes an invitation from the Kumho Asiana Cultural Foundation to tour to Costa Rica, Guatemala and Panama. He has performed for the Chamber Music Society of the Lincoln Center’s Inside Chamber Music Lectures and has collaborated with Ida Kavafian and Peter Wiley on Curtis on Tour and with Roberto Diaz on the Bay Chamber Concerts. He has also performed with the Jerusalem Quartet, Gary Hoffman, Anne-Marie McDermott and Michael Tree. He has been invited to perform at various chamber music festivals such as the Summit Music Festival, the Bowdoin International Music Festival, the Toronto Summer Music Academy and Festival, Music from Angel Fire and Chamber Music Northwest.

Born in 1989 in Anyang, South Korea, Sunwoo previously studied under Min-ja Shin and Sun-wha Kim in Korea. From 2005, he studied under Seymour Lipkin at the Curtis Institute of Music, where he received the Rachmaninoff Prize in Piano. He later studied under Robert McDonald and earned his Master’s degree at the Juilliard School, where he won the Munz Scholarship Competition and received the Arthur Rubinstein Prize. He currently works with Richard Goode at Mannes College the New School for Music.

Sunwoo recorded his first solo album on the Fontec label in 2014, and it features Der Wanderer fantasy by Schubert, selections from Zwölf Lieder von Schubert by Liszt, Sonata No 2 (1931 version) by Rachmaninoff and La Valse by Ravel. He is represented by MOC Production in Korea.

Praised by the Washington Post for combining “staggering technical prowess, a sense of command and depth of expression,” pianist George Li possesses brilliant virtuosity and effortless grace far beyond his years. He captured the Silver Medal at the 2015 International Tchaikovsky Competition and was the recipient of the 2016 Avery Fisher Career Grant. Among George’s many prizes, he was the First Prize winner of the 2010 Young Concert Artists International Auditions and the 2012 Gilmore Young Artist Award.

George Li gave his first public performance at Boston’s Steinway Hall at the age of ten and in 2011, performed for President Obama at the White House in an evening honoring Chancellor Angela Merkel. George is currently in the Harvard University /New England Conservatory joint program, studying with Wha Kyung Byun. 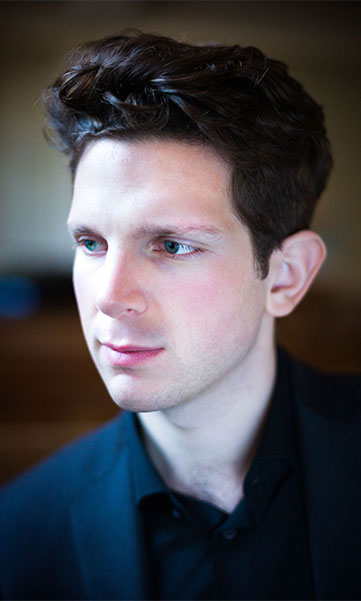 London-based Australian pianist Jayson Gillham has gained an international reputation for his compelling and elegant performances. His outstanding performance of Beethoven Piano Concerto No.4 at the 2014 Montreal International Music Competition was described in The Huffington Post as being performed ‘with such streamlined patrician elegance that he took home First Prize and a string of engagements to follow’. Following his recent performances as part of the 2016 Perth International Festival, The Australian paper maintains that ‘Jayson Gillham showed why his career has flourished in recent years, playing with a beautiful bell-like tone, a great sense of expressive lyricism, and virtuosity.

Jayson records exclusively for ABC Classics and 2016 will see the release of his debut recital album featuring works by Bach, Schubert and Chopin 2017 will see the recording of a concerto album with the Melbourne Symphony Orchestra.

A graduate of the Queensland Conservatorium of Music, where he studied with Leah Horwitz, Jayson relocated to London in 2007 to pursue a Master’s degree at the Royal Academy of Music (RAM) with Christopher Elton. He is grateful to the Australian Music Foundation, the Tait Memorial Trust and The Keyboard Trust for their steadfast support over several years. In 2012 Jayson was named Commonwealth Musician of the Year and Gold Medallist of the prestigious Royal Over-Seas League 60th Annual Music Competition.

Jayson is the Cultural Ambassador of the Hearts for Africa (Amani) Foundation, an NGO which empowers local people to overcome poverty in rural central Tanzania (www.heartsforafrica.org.au).