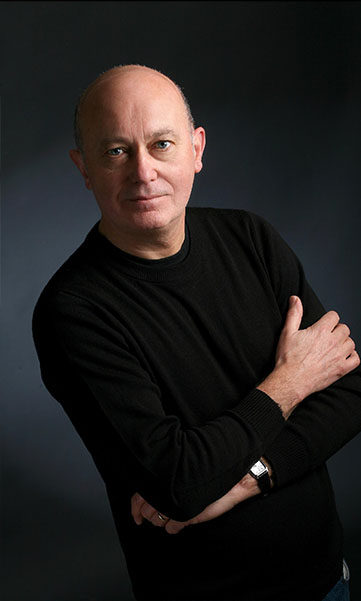 Gordon Back’s distinguished career as a pianist has taken him to many continents of the world. His international reputation was established in 1978 when he played with Dong-Suk Kang in Alice Tully Hall, New York, to great critical acclaim. Since then he has travelled extensively throughout Europe, Russia, U.S.A., Japan, Korea, China, Malaysia, Singapore and of course, Great Britain, performing and recording with artists such as Yehudi Menuhin, Nathan Milstein, Maxim Vengerov, Aaron Rosand, Josef Suk, Sarah Chang, Yo Yo Ma, Ko Iwasaki, Leonidas Kavakos and the Cleveland Quartet.

Gordon Back was born in Wales and studied piano and viola at the Royal Northern College of Music in Manchester. He was awarded the Lady Grace James Scholarship, which enabled him to take up his post-graduate studies in Italy, studying with Guido Agosti and Sergio Lorenzi. On returning to England he was one of the youngest ever appointed professors to join the faculty of the Guildhall School of Music (London) in 1974, where he was made head of the Department of Accompaniment in 1980. He received the honour of being made a Fellow of the Guildhall School in 1984.

His recordings include the Bach-Schumann Sonatas and Partitas for violin and piano with Jean-Jacques Kantorow (which received a French Grand Prix du Disque), the Schubert Arpeggione and Rachmaninov Cello Sonatas with cellist Daniel Lee (for Decca) and a series of CDs with clarinetist Emma Johnson (for ASV). In 2011 he recorded the complete works of Ernst with Josef Spacek.

Gordon Back gives regular master classes as guest professor in music colleges such as the Cleveland Institute of Music, Curtis Institute and the Royal Northern College of Music. In the summer he teaches in France and Valdres Festival, Norway. He is a jury member of the Vendome Prize, Artistic Advisor of the Hattori Foundation and since 2013 Artistic Director of the Gower Festival.

In 2002 he became the Artistic Director of the Menuhin Competition and has since channeled his creative energy into defining it as a unique international event. It was hosted in Oslo 2010, Beijing 2012, Austin 2014 and celebrated the Menuhin Centenary in London in 2016. Together with prize-winners of the Menuhin Competition, Gordon Back performed at the Palais des Nations in Geneva as part of the United Nations International Memorial Holocaust Concert in January 2018.