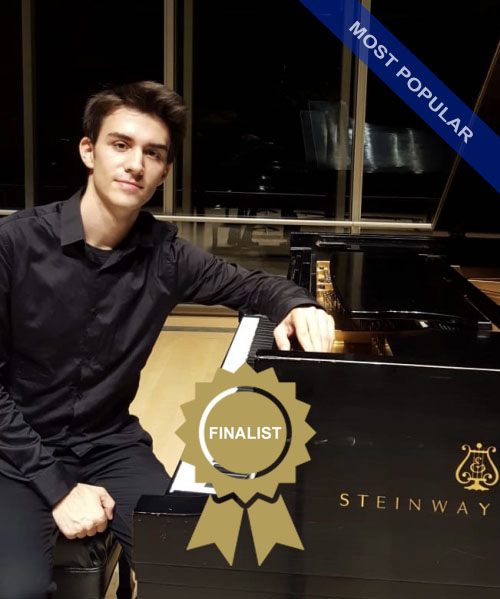 Can (pronounced Djahn) Sağlam began studying piano at the age of six, and gave his first recital at the age of eleven. After he got accepted to Bilkent University’s Music and Ballet Primary School at the age of seven, he started working with Ms. Gamze Kırtıl. He received scholarships from Sevda Cenap And Music Foundation and private sponsors. In 2018, he was accepted as a scholar of the “Young Musicians on World Stages” project, created and mentored by Güher & Süher Pekinel with financial support from Tüpraş. He is also sponsored by Aydıner Construction Company Inc.

Throughout the years, he played in masterclasses presented by Jacques Rouvier, Pavel Gililov, Boris Berman, Ilya Itin, Michel Beroff and Jean-Francois Heisser. He has performed in festivals such as the Gümüşlük Classical Music Festival, Antalya Piano Festival and Bellapais Music Festival. In Europe, he has appeared in concerts in France, Belgium, Italy and Austria. He is also an active chamber musician and performed with his quintet at the Bilkent Chamber Music Days and several other venues.