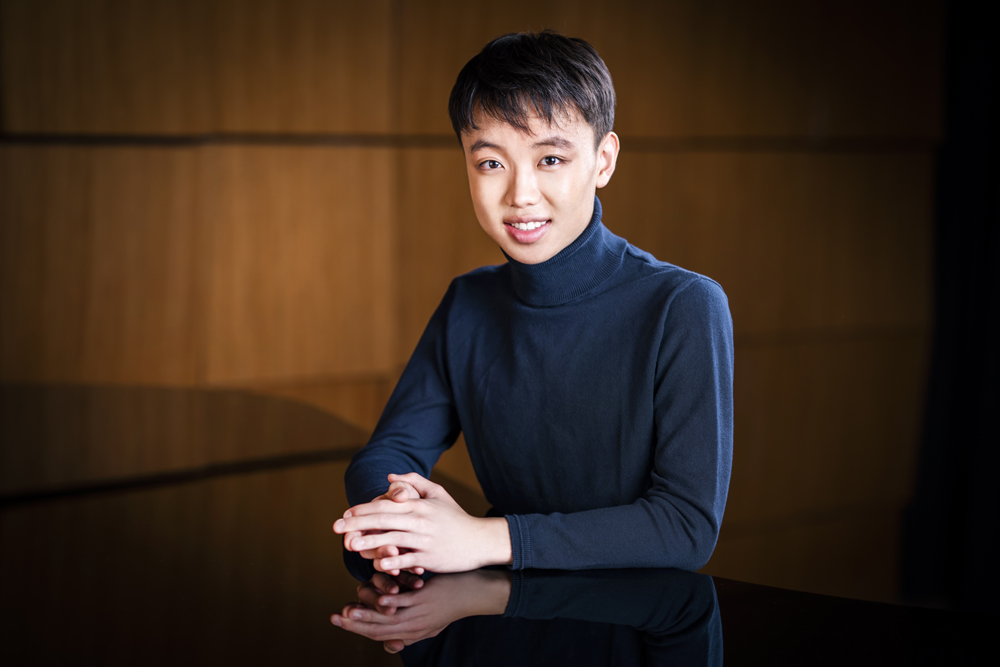 Pianist Nathan Lee is a young artist who connects with his audiences by sharing a depth of musical expression well beyond his years. He was recently honored with the special Tabor Foundation Award at the 2019 Verbier Festival Academy in Switzerland.

Mr. Lee has already appeared as soloist with the Cleveland Orchestra, Minnesota Orchestra, Seattle Symphony, the Orchestra of St. Luke’s at Lincoln Center’s Alice Tully Hall, Buffalo Philharmonic on NPR’s From the Top, Chamber Orchestra of the Triangle, Orquesta Filarmónica de Boca del Río in Mexico, and the Daejeon Philharmonic in Korea.

Mr. Lee won First Prize in the 2016 Young Concert Artists International Auditions and holds the Mortimer Levitt Piano Chair. Young Concert Artists presented Nathan in his New York debut at Carnegie Hall’s Zankel Hall, and his Washington, DC debut at the Kennedy Center’s Terrace Theater. He appeared on the YCA “Encores” Series at the Morgan Library & Museum in New York last season, in a program that included the New York premiere of composer Chris Rogerson’s ‘Til It Was Dark.

Nathan began playing the piano at the age of six and made his orchestral debut at the age of nine. He is from the Seattle area, where he studied with Sasha Starcevich. Mr. Lee has also worked with Craig Sheppard, and regularly works with YCA alumni Jean-Yves Thibaudet and Ilana Vered. He currently studies at The Curtis Institute of Music in Philadelphia with Robert McDonald.