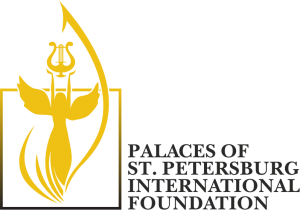 St. Petersburg Palaces International Music Festival is one of the first festivals of the new Russia. Almost three decades ago, constituent documents on the establishment of the Festival were signed by President Putin.

Founded in 1990, the Festival has travelled a challenging path of development along with the country, all the while maintaining a high quality standard and never abandoning a noble mission of introducing the overwhelmingly rich Russian cultural heritage and world classical culture to the Russian audience and representing Russia on the global cultural stage. Throughout three decades, the Festival has become a significant cultural event in the life of St. Petersburg.

The Festival consists of classical music concerts featuring leading Russian and foreign performers at palaces and mansions of St. Petersburg and its magnificent suburbs. The Festival Foundation is headed by the Honored Artist of Russia and renowned violinist Maria Safariants, who has numerous Russian and international awards for activities related to the performing arts and educational work in Russia and abroad.

Some of the Festival’s the most recent joint projects include: the annual project Musical Seasons at the Konstantin Palace; a large-scale cycle of musical and educational programs called Music of the Russian Statehood at the Presidential Library, which won a contest under the auspices of the Presidential Grant Foundation; the international festival Palaces of Crimea — Palaces of St. Petersburg; the musical and educational project Music and Secrets on the city’s main TV channel St. Petersburg, etc.

Concerts of the Festival have been included several times in the cultural program of the St. Petersburg International Economic Forum.